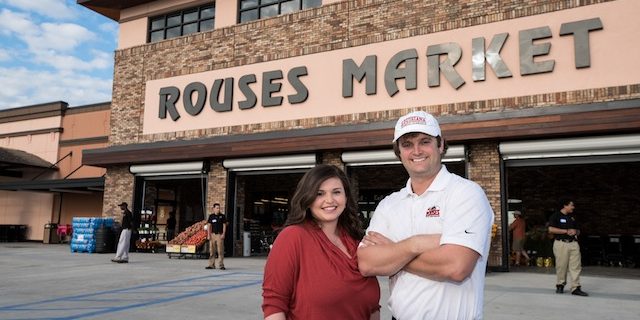 Construction of a Rouses Market on Airline Highway in the Long Farm Village development in Baton Rouge is underway.

Bulldozers have broken ground on the 55,000-square-foot store — the company’s first in Baton Rouge. It will open summer 2016 near Antioch’s new connection to Airline.

“We are very, very excited about opening in Baton Rouge,” said Donald Rouse Sr., second-generation owner. “We’ve had hundreds of requests to build a store in the area.”

Donny Rouse Jr., managing partner and real estate developer for the 55-year-old company, said a second Baton Rouge location already is under contract but did not elaborate.

Rouses opened a store in Denham Springs in January.

Rouse Jr. said the Long Farm store will have an interactive layout of exposed kitchens and open departments.

“For years, we’ve been telling people how we work with local farmers and fishermen and manufacturers,” Rouse Sr. said. “Now they can see the actual deliveries as they’re received.”

Customers also can watch Rouses’ butchers, bakers, florists and chefs and cooks while they work.

Rouses also said its new store on Williams Boulevard in Kenner is scheduled to open in February. Another store in Ponchatoula will open in April.

“We’re also breaking ground on a new location in our hometown of Thibodaux in early 2016,” Rouse Sr. said. “My family’s business started on the bayou, so this one has special meaning for us.”