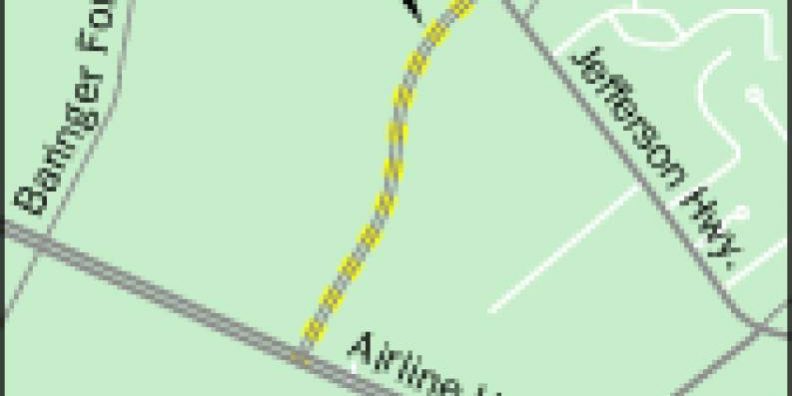 The long-awaited Antioch Road Extension in the southeast part of the parish opens to drivers Tuesday morning for the first time, providing a direct north-south connection from Jefferson Highway to Airline Highway.

The project, which cost $5.2 million, is expected to take pressure off the nearby, heavily congested Highland Road, between Jefferson and Airline highways.

It’s also expected to catalyze development in the area.

“I think the whole area benefits. There are long-standing traffic problems in that area,” said developer Russell Mosely, who is overseeing The Long Farm residential and commercial development adjacent to the new extension.

Mosely said he’s excited about the future commercial development that will be spurred by the new road, which strengthens the residential component of his project.

He noted that the popular Thibodaux-based grocer Rouses, which acquired land on The Long Farm development, is preparing to start construction. But the business’s prerequisite for locating in the area was that the extension be built.

“It’s a positive for our project,” Mosely said, “due to the fact that over 100 acres of development will happen now because that road is there.”

The road project also realigned the existing portion of Antioch Road from La Louisiana Court to Jefferson Highway, so the connection is straighter.

“This is just a straight shot from Tiger Bend Road to Airline Highway, instead of having to zig and zag to get to that point,” said Mike Olson, project engineer for the city-parish.

The road project is funded from appropriations from the city-parish general fund and traffic impact fees.

It’s one of the largest road projects that’s not funded from the Green Light Plan, a parishwide road improvements plan primarily funded by its own half-cent sales tax.

Metro Councilman Joel Boe, whose district encompasses the new road extension, said he was pleased to see the investment paying off in the “fastest-growing part of our parish.”

“The morning and afternoon drive on Highland and Barringer (Foreman Road) can be pretty bad,” Boe said. “This should provide immediate relief. I can’t wait to try it out.”