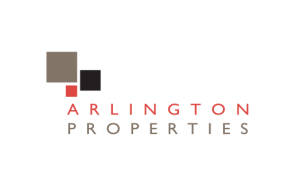 The Birmingham, Alabama company that is developing a 276-unit multifamily complex at the Long Farm planned unit development has acquired the 12.2-acre tract on which the complex will be built. In a sale that closed Wednesday, a limited liability company owned by Arlington Properties acquired the tract from Mosely Development Company. The deal had been previously announced, and in August the Planning Commission had signed off on Arlington Properties’ plans for the 13-building complex.
Construction on the complex began this morning, and the clubhouse and first four buildings should be completed by the second quarter of 2016, according to Dave Ellis, vice president for Arlington Properties, which will develop, lease and manage the complex. The remaining nine buildings should be finished by the end of next year.
The complex will feature one-, two- and three-bedroom units that will be located in the 13 three-story, garden-style buildings. Each building will have an average of four units, which will range in size from 800 square feet for one-bedroom units to 1,325 square feet for three bedroom units. Monthly lease rates will average $1,340.
A French garden-style clubhouse will feature a pool and cabana with swings and televisions around an outdoor patio.
“We think we are filling a niche in that part of town,” Ellis says. “There isn’t a lot of new, Class A competition in that part of the market.”
The multifamily development will be located in the third filing of Long Farm, developer Russell Mosely’s 237-acre PUD off Barringer Foreman Road near Airline Highway. The first filing of 65 single- family lots is complete, and construction is underway on the second filing. Meanwhile, Rouses Supermarket has secured permits to develop a 55,00-square-foot supermarket that is expected to be completed next summer, and Zaxby’s restaurant has also signed on to open a location within Long Farm.
—Stephanie Riegel